Our school was entered into a competition, through LGfL, to have the Leys Primary School  logo printed on a flag to be taken by Antony Jinman, Polar Explorer and the Quest 21 Exploration Team, to Antarctica, in January 2022.  We are thrilled to be able to tell you that Leys Primary School is one of 19 schools randomly selected from schools, across the country.

Not only that, but Freya, from class 5C,  has jointly won the Design the Expedition Logo, competition. She shares this accolade with an entry from Anson Primary, London NW2.  Freya's design is the image at the bottom of the flag, which you can see below. 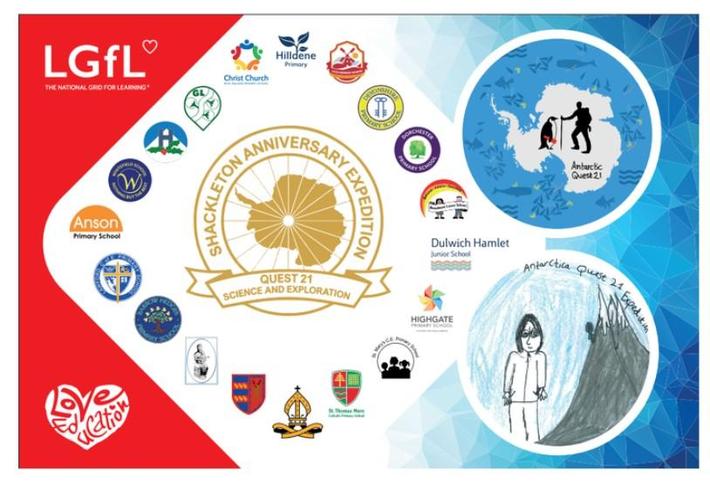 The objective of the expedition is to commemorate the 100th anniversary of Polar Explorer, Ernest Shackleton's death.  The Quest21 team are following in Shackleton's mission to use science to save our planet and so a crack team of serving and ex-military men and women from the Royal Navy and the Army have set out to finish what he started and in doing so make history.

Braving the most inhospitable climate, the most unforgiving terrain and the most remote of locations they will gather vital in​formation and carry out scientific experiments essential to our understanding of how to repair our broken planet.

The team will cross the Antarctic peninsula and go, quite literally, to the ends of the earth to collect data samples and bring them back for analysis into the level of micro-plastic contamination and metallic deposition influencing the carbon cycle.  ​ 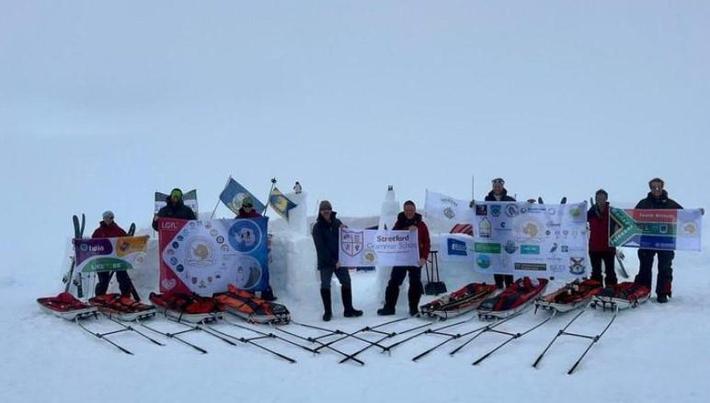